A Brief History of Olympia Housing

IN OLYMPIA In the late 1800's and early 1900s, most people lived in what are now the oldest neighborhoods in Olympia: near the water and the many huge downtown mills, where they worked.

Many houses in Olympia's Northeast neighborhoods were built by their owners, using scrap wood from the mills, or prefab "kit" houses they assembled from pieces. Some people were wealthy enough to hire architects and contractors to build their houses, but not many. This part of town was nicknamed "Workin' Man's Hill". For a more detailed history, see "Workingman's Hill" by Rebecca Christie.

The Eastside neighborhood has a mix of older, architecturally-significant, houses built in the late 1800's and early 1900's. many are contractor-built homes, built between 1910 and 1940, along with more modest "Workin' Man's Hill" houses. 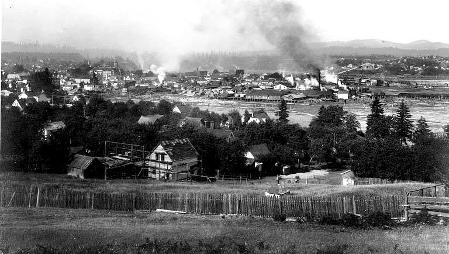 The early Westside neighborhoods were largely built in the 1930's through 1950's for the middle class, and were more-often built by professional contractors. 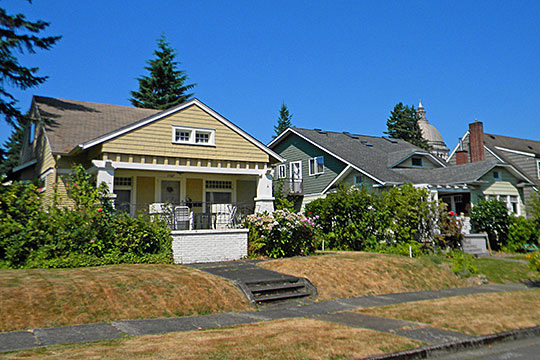 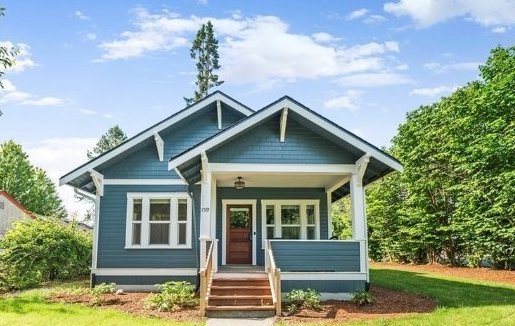 After WWII, as part of a lasting national preference, new neighborhoods were built on the outskirts of towns (often as part of a "development" around Olympia), because many people felt they wanted to live closer to nature, and raise kids with more space. A variety of home prices were available. Most of the Southeast Neighborhoods were built after the  1950's. See "Twentieth Century Olympia" , page 9, for more detail. It's true that some looked to building outlying suburbs as a tool of economic and racial segregation. Indeed, some laws and codes stated this explicitly. Most people living in these neighborhoods today are there for the space and quiet, and aren't even aware that ugly racist policies existed.

Today, as in other cities, new single-family homes are still being built in developments. Increasingly, they must be built in former farmland or rural areas. Clearly, we can't go on this way. We'll eat up our farmland and natural areas, make it more likely that any trip to the store or work burns more gas, causing an increase in global warming. But there is more than one way to combat this trend. As outlined in the Facts and Sources page, Olympia is not in the same situation as Seattle or San Francisco. There are ways to increase density and housing affordabilityin our area without eliminating single-family housing.

More-recent history -the main cause of unaffordable housing

Until about 1980, union membership and the middle class was large, and a chief American dream continued to be to own a house, especially as a way to preserve wealth. For many reasons since then, real wages have been flat, job benefits have shrunk or disappeared, and income inequality is higher than it has ever been in the US and even greater than in other other industrialized countries. Housing has increasingly become unaffordable for a larger and larger fraction of households. To see data-based trends in Olympia and the nation that have caused our current housing crisis, go here.