4/15/21 Two spots came out recently, dealing with the fact that internatuional investors afre buying up about 20% of available single family houses each year, reducing the supply and thereby increasing the demand and their cost.

4/13/21 Wall Street Journal (article): "That Suburban Home Buyer Could be a Foriegn Government"

4/6/21  The Hill Channel (video): "The Next Housing Crisis is Here and the Villains are Excactly Who You'd Suspect"

1/12/21     Our Legal Appeal: As you might remember, on July 10, 2019, the Washington State Growth Management Hearings Board invalidated the City of Olympia's Missing Middle housing ordinance. See the decision here. The Board ruled that the City had a grossly- inadequate SEPA, and that Missing Middle didn't follow Olympia's Comprehensive Plan. Since July 2019, no MM housing has been permitted.

Meanwhile, the GMHB directed the City to remedy the problems with MM, requiring a complete SEPA and some modifications that would prevent over-limit housing unit density, parking problems, and other environmental impacts. The City has done nothing to comply with these directives

In December 2020, the City decided to challenge this invalidation decision in Superior Court. The court date will be sometime in March (TBA) \and will probably be broadcast via ZOOM. Links to this trial will be provided as soon as we know them. OSD&LN's lawyers, Bricklin Newman LLP, have already submitted a response to the City's appeal. We feel the City doesn't have a leg to stand on, and will be referred back to the GMHB.

Quite a few people in Olympia have stepped up and donated to cover OSD&LN's legal fees. If you believe the City should not be able to routinely issue a DNS (Determination of Non-Significance, no SEPA evaluation necessary) for all future developments, and should not just ignore development rules in the Comprehensive Plan, you might also want to donate to our cause. If so, contact waltjorgensen@comcast.net.

Be a real detective!!

Did you ever wonder if someone had a financial reason for supporting or not supporting a public policy? When people on social media comment on a post, is it possible that their opinion might not be motivated by doing what's fair or right? In rezoning, people's opinions can depend on whether or not they will make money from the zoning change.

Now you can investigate!!

• To see who belongs to an LLC or other corporation, go to

• To see who owns a property or to find out which properties a person or LLC owns, go to

SHB2343: PASSED THIS SPRING BY OUR LEGISLATURE

Remember, SHB2343 passed this session and could go into effect after July. The bill:

• Eliminates minimum parking requirements, and aesthetics as a concern.

• Eliminates zoning based on uses (residential, commercial, etc) and replaces it with form-based codes. Form-based zoning looks at the physical form of a building to judge whether it is appropriate on not. But even proposing buildings as large as those shown below, in single-family neighborhoods, can't possible follow the "form" of residential houses. 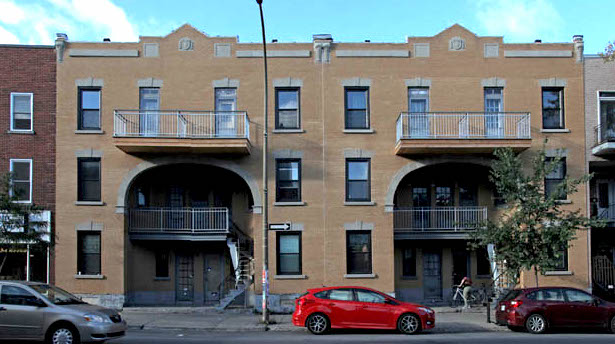 • Allows ADUs to be 1000 sf, 24 ft high, have no parking, have no owner on site, and be sold separately from the house on the property.

The City doesn't have to do all of these things. Public input can modify what the City chooses.